Did I surprise you with that one? Introducing Baby, HG's new doll (yes, that is the name HG has given her). I have been thinking for years of getting her a soft, Waldorf-style doll and have held off for a number of reasons. First, she has quite a few hand-me-down dolls from her sister. Second, a handmade Waldorf doll is expensive. Third, I wasn't really even sure she was all that interested in dolls. Turns out to have been a very, very good purchase, and well-timed, too. 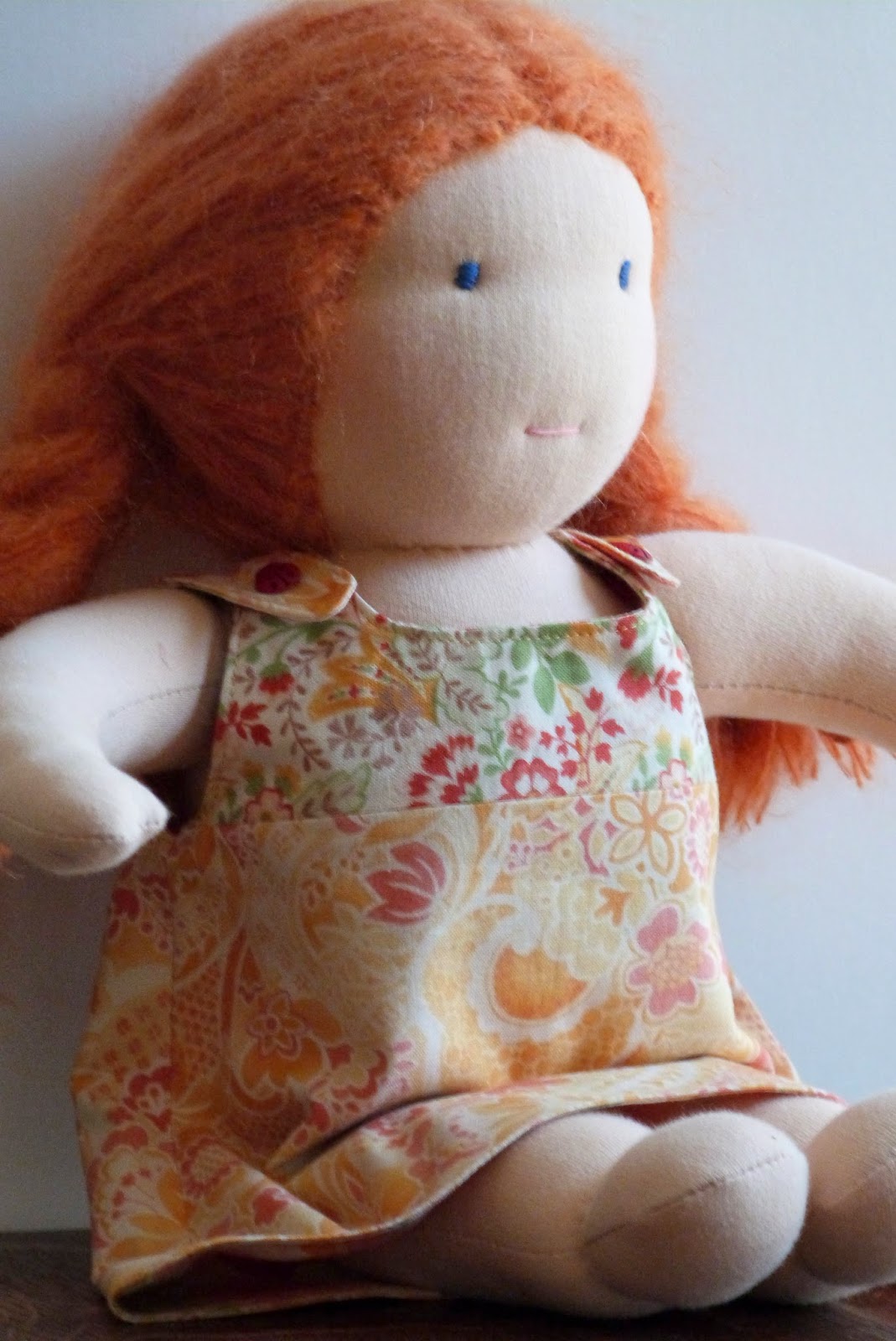 Waldorf dolls are entirely soft--there are no plastic or wooden parts. They are most often made of a cotton knit fabric for the skin and stuffed with wool. The softness gives them great huggability and also allows the heat of the child to transfer to them, giving them a warmth you can't find in a doll made of synthetic materials. Their features are ultra-simple so that the child can use his or her imagination and give whatever feelings she or he wants to the doll. The man who started Waldorf education, Rudolf Steiner, thought dolls should be even simpler. He suggested that you could form one out of a napkin and make dots with ink for eyes. But there are some ideas of Steiner's that I think we can just leave with him. Actually, that idea reminds me of my friend, a mom of one of HG's classmates, who suggested that for HG's birthday I give her doll an invisible friend. Just wrap up a box and put nothing in it. This is a lot funnier than the man who seriously suggested giving a wrinkled up napkin as a doll. But still, I'm not going to do it!

Anyway, I purchased HG's doll from WildMarigold, on Etsy. HG decided on the hair, skin, and eye color. Jennie, the owner, was most accommodating when HG changed her mind at the last minute about the eye color. As a sewer, I can tell you that the construction of HG's doll is both beautiful and durable. I was not about to tackle the challenge of making a doll myself (and you can, with kits or entirely on your own), and I'm very glad Jennie made her for us. She is much faster and much better at it than I would be! 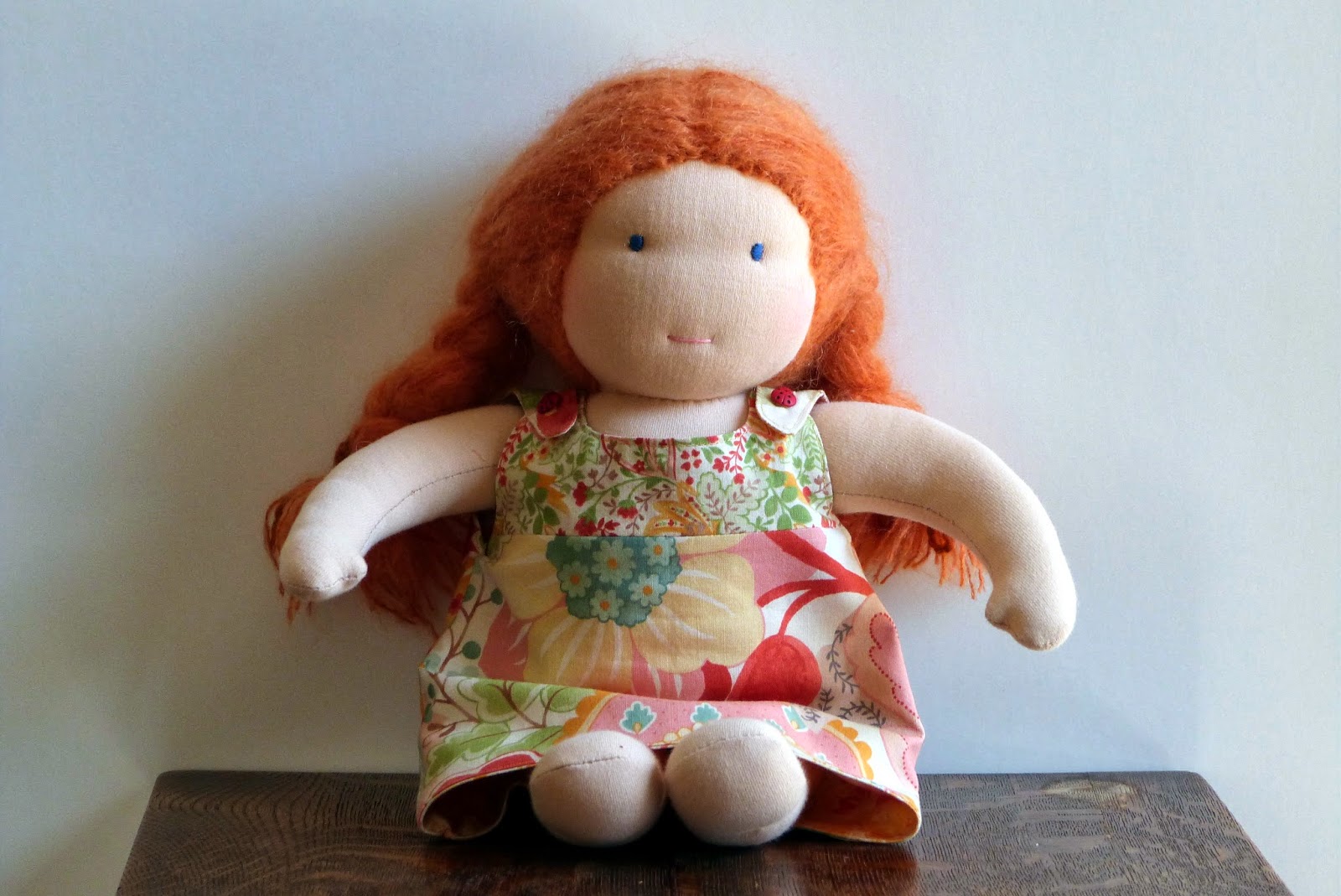 HG has been carrying Baby around everywhere. She arrived just before HG succumbed to a terrible bout of flu and missed several days of school with a fever that went as high as 104. She calls her the best doll in the world. But until today Baby hasn't had any clothes. While Jenny at WildMarigold makes clothes too, I thought I could figure that part out myself. For this first dress I adapted a pattern from ScientificSeamstress. I just used the construction method from a girls' dress pattern I bought from her (her name is Carla) and drew out a pattern free-hand that was much smaller. It took a few drawings before I had something that would fit Baby, but still the whole process of drafting the pattern, cutting the fabric, and sewing it up only took two hours or so. I've made several of those dresses for HG, and I have maybe four other patterns from Carla. If you ever want to learn to sew, I highly recommend her patterns. They are FULL of beginner-friendly advice and  tips, and they are extremely easy to follow.  As you can see from the pictures this dress is reversible with a button closure at the shoulder. I used three different fabrics for it from a line called Mimi by Moda, which I purchased at an actual fabric store back in January. 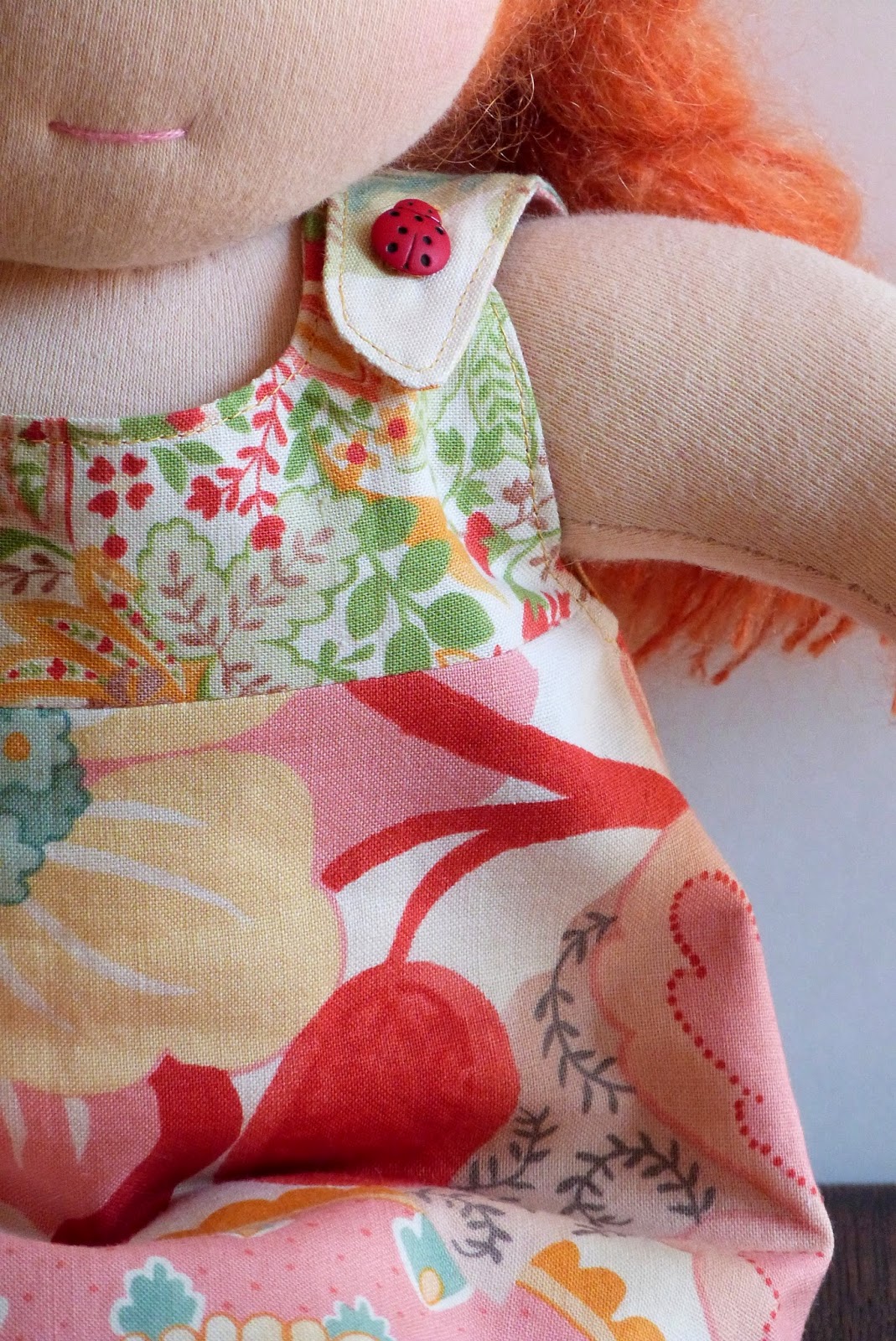 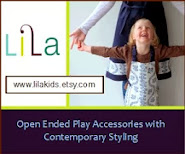 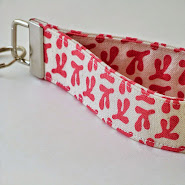